Sammy Dee has been spinning records for over three decades. Born and raised in Berlin, the DJ- recording artist, real name Mario Radecki, relocated to Kassel, a small town in Germany’s centre where he began DJing local bars and clubs in 1988. He returned home in 1992 to a very different scene: the Berlin Wall has fallen and “machine music” had become a soundtrack for reunification, played across the city in a plethora of abandoned spaces turned nightspots.

Among these were Planet, E-Werk, and Tresor, second homes for Radecki; he became a resident DJ at the latter two, and then Ostgut in 1998, establishing himself as a rising artist within this exciting movement. Listening to his sets, one can feel Radecki’s exposure to the birth of reunified Berlin in how he travels through musical genres and influences.

It was in 1998, too, that Radecki formed Pantytec with Perlon co-founder Thomas Franzmann (a.k.a Zip.) The duo launched the project with ‘Into The Duster,’ a beautifully produced EP of abstract, minimal sounds, followed by a handful of EPs and then 2002’s ‘Pony Slaystation,’ a long- player debut that captured Radecki’s off-kilter micro-house aesthetic and formed the basis for a global Pantytec tour. All releases landed on Zip and Markus Nikolai’s Perlon, the revered minimal house and techno label with which Radecki has long held close associations.

Radecki connected with the label in Frankfurt in 1996 and convinced Franzmann to relocate to Berlin to start Perlon label parties. Get Perlonized began in 2000 at the old Panorama Bar above Ostgut, with Franzmann, Radecki, and two guests performing all night long, pushing seductive minimal tunes. Radecki’s ongoing skills in curation have since established Get Perlonized as one of underground music’s most celebrated events and a must-do for Perlon’s intensely loyal following.

In 2006, Radecki formed Half Hawaii alongside Steven Ford (a.k.a Bruno Pronsato), and the duo subsequently released two Perlon EPs in 2007 and 2017; their other material has arrived on hello? repeat and Diamonds & Pearls. Radecki also released his 2008 ‘Purplehummer’ EP on Perlon and has made several contributions to the label’s long-standing ‘Superlongevity’ compilation series, including 2017’s standout “Marvin Goes Savage Deep.” As a result of these connections, it’s often assumed that Radecki co-owns the label with Franzmann.

But Radecki’s artistic reach stretches well beyond the revered Frankfurt label. He’s released an EP via Poker Flat with Guido Schneider and worked with Heiko Laux on his label Kanzleramt; together they’ve released three EPs, including ‘Moonside Playground,’ a more wholesome, techno-focused affair. In collaboration with Ludovic Rieffel (a.k.a Vendi) as VEEN, Radecki explore cinematic, downtempo soundscapes. He’s also proven himself to be a versatile and experienced DJ with a 15,000+ record collection that spans various genres and eras. He performs regularly across Europe, North America, and Asia.

Radecki also runs Ultrastretch, founded in 2011. The label draws its name from Radecki’s PERLON68 B-side and operates as a platform for younger producers to release on vinyl. Releases often come with a big name rework from the likes of Baby Ford, Fumiya Tanaka, Rhadoo, and Ricardo Villalobos. 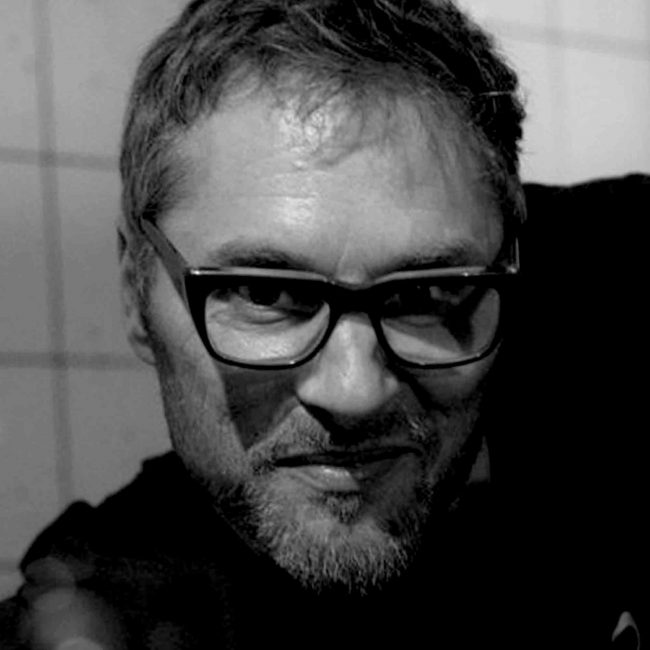