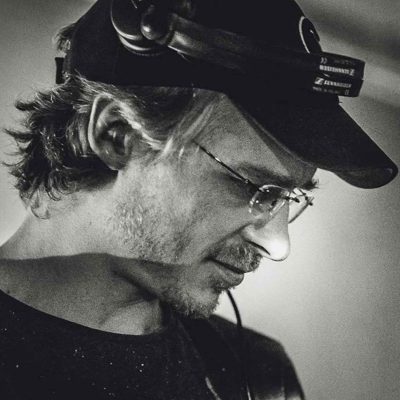 Musician, Dj and producer, Cabanne is nowadays regarded as the reference in France of underground House music. When techno music reaches France in the 90’s, Cabanne is already immersed in the music world. His training as a guitarist is the result of his music theory studies and a long-term Jazz & Soul education (he’s part of FLAG, a funk music group, from 93 to 98), all of which brings this particular groove to his productions.

Cabanne is one of the most forward-thinking artists of the house music scene and the first French one to sign on 7th City, Daniel Bell’s label, and Perlon, Zip and Markus Nicolaï’s label (with Copacaban- nark, one of his alias with the artist Ark). In 1999, he creates Telegraph, Logistique Records’ side label, and becomes a member of the legenda- ry project Narodnikki, which was presented at the Mutek Festival in Montreal (2003) as an improvised show with the entire group: Richie Hawtin, Daniel Bell, Zip, Akufen, Luciano, Dandy Jack et Ricardo Villalobos. He also shares the scene with David Gluck (alias Ultrakurt), signed on his label Minibar founded in 2005 wich has also artists such as Agnes, Audio Werner, Fumiya Tanaka, Cabsum (his collaboration with Rhadoo), or more recently Martinez, Ben Vedren, Lowris and Point G.
He used to organized Label nights in different Parisian clubs, particularly at the Rex Club, inviting his friends to share the decks with him.

Cabanne, one of the first residents of Concrete, is currently resident as well at the club Der Visionaere in Berlin. He is also regularly invited to play at the Get Perlonized nights (Panorama Bar), former Arma 17 and Fabric, and in festivals such as Sunwaves, Freerotation, Outline, Sonus, or the Weather in Paris. Recently (3rd of september), he presented the Minibar Live at the 1st Hors Série party at Gare St Lazare with Ben Vedren, Lowris, Pit Spector and Seuil. Cabanne will release his album « Discopathy » in October 2016, and KOD EP with Lowris in November. 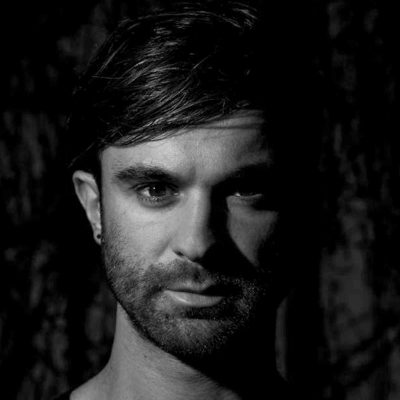 Giuliano Lomonte hails from Andria in the south of Italy, though a healthy passion for music has long coaxed him out its gorgeous Mediterranean climes. As a clubber around Europe, he nurtured the love for electronic music—particularly deep, tech, hypnotic, extended cuts pressed to vinyl. It’s the sound he mines as a DJ, and you can regularly hear him teasing out the groove at Berlin clubs like Hoppetosse, Club der Visionaere, Wilde Renate and Watergate.
Deeply in love with vinyl and strongly affected by trippy – groovy tunes, Giuliano is absolutely passionate in playing long lasting sets. Releases on Sammy Dee’s Ultrastretch Label, Sukhumvit Rec. and Frankfurt’s Pressure Traxx, you can hear Lomonte’s musical vision in its purest form.